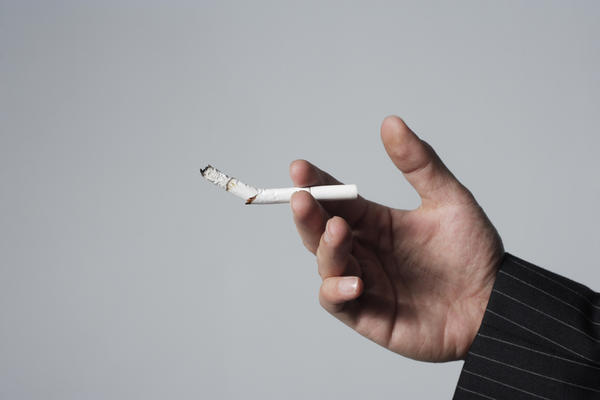 There is a lot of convincing peer reviewed literature (research) that supports chiropractic as one of the first and best courses of care to consider when choosing a treatment option for neck pain and headaches. This is because there is low risk, few rare side-effects, and most importantly, IT REALLY WORKS!  But, there are other considerations in the management of neck and headache pain that perhaps we haven’t thought about. One is smoking.

There are several convincing studies that have looked at the exposure to tobacco smoke and smoking in terms of its effect on neck pain. Let’s look at some statistics. One study reported that as many as 213 per 1000 people reported neck pain. The 12-month prevalence of neck pain ranged between 30-50% of which activity-limiting pain was reportedly as high as 11.5%. Women were found to be more at risk than men which peaks in middle age. Risk factors for neck pain include genetics, poor psychological health, and EXPOSURE TO TOBACCO. Interestingly, smoking / exposure to tobacco is listed as a risk factors but disk degeneration is not! Researchers also pointed out that the use of equipment made to prevent injury to the head/neck such as helmets and face shields was NOT associated with increased risk for neck injury in bicycling, hockey or skiing as some have suggested that wearing protective head gear increases vulnerability to injury. THIS IS NOT THE CASE, so wear your helmet! This study concluded that there are some things we can’t modify regarding increased risk of developing neck pain (such as gender, genetics, and age); however, the modifiable risk factors of smoking, exposure to tobacco, and psychological health CAN be helped so that’s the LEAST WE SHOULD DO!

Two new studies show that smoking is directly tied to neck / back pain and the development of arthritis. Interestingly, the Harvard study reported that the risk of developing psoriatic arthritis was twice as high for current vs. past smokers, and both current and past smokers were at greater risk when compared to those who had never smoked. The 2nd study (Paris, France) found that smokers had an earlier onset of inflammatory back / neck pain and a worse course of the disease than non-smokers. Taking these two studies together, the interactions between environmental factors and the onset, the degree of severity and the ultimate outcomes of rheumatic diseases, “…it’s becoming increasingly clear how detrimental the influence of smoking is on most of these diseases.” The worst scenario was found in those who smoked >25 years and, >20 “pack years” (>1 pack/day for 20+ years).  The “bottom line” is that smoking and exposure to smoke have significant negative health affects, not only for present health, but also for future pain, suffering and quality of life. Thankfully, it’s been shown that if you quit smoking, the likelihood of improved health affects is high so of course, QUIT NOW and you’ll be ahead of the curve.

In fact, a conscientious surgeon recommending a spinal fusion may say, “…you must quit smoking or else I will not perform the surgery that you need.” The reason for this insistence is because the risk of fusion failure goes up 500% in smokers (fusions are needed in certain types of back and neck surgeries).

We realize that you have a choice in where you choose your healthcare services.  If you, a friend or family member requires care for neck pain, we sincerely appreciate the trust and confidence shown by choosing our services at Hinterland Chiropractic and look forward in serving you and your family presently and, in the future.