Could that hump on your back be killing you?

Home » Blog » Could that hump on your back be killing you? 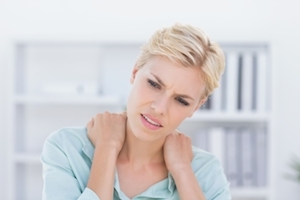 Objectives: To determine the association between hyperkyphotic posture and the rate of mortality and cause-specific mortality in older persons.

Participants: Subjects were 1,353 participants from the Rancho Bernardo Study who had measurements of kyphotic posture made at an osteoporosis visit between 1988 and 1991.

Measures: Kyphotic posture was measured as the number of 1.7-cm blocks that needed to be placed under the participant’s head to achieve a neutral head position when lying supine on a radiology table.

Demographic and clinical characteristics and health behaviors were assessed at a clinic visit using standard questionnaires. Participants were followed for an average of 4.2 years, with mortality and cause of death confirmed using review of death certificates.

Studies are now revealing how deadly forward head shift, thoracic kyphosis mentioned above (humpback), and the loss of the curve in the lower back are linked to disease of all kinds as well as early mortality (death).

Based on almost common sense alone, the Chiropractic profession took off in the 1990’s. After all, the nervous system controls all function and healing, and it’s housed by the spine. Taking care of your spine just made sense. Then, in the last five years, research has rolled in on how the position of your spine will determine organ health and longevity. Now research by highly-esteemed research hospitals like Cornell and Johns Hopkins is showing the damaging effects of increase or loss of spinal curves.

They missed one thing: Chiropractors can correct these things and do it very easily with the technology they possess today. If you’re not maintaining your spine, gravity is causing deadly kyphosis. If you (or anyone you care about) is not making up for the physical, postural, and gravitational abuse your spine gets every single day by seeing a Chiropractor on some sort of consistent basis, we urge you to pay attention and act on what the science of today is telling you to do: See a Chiropractor, regularly.